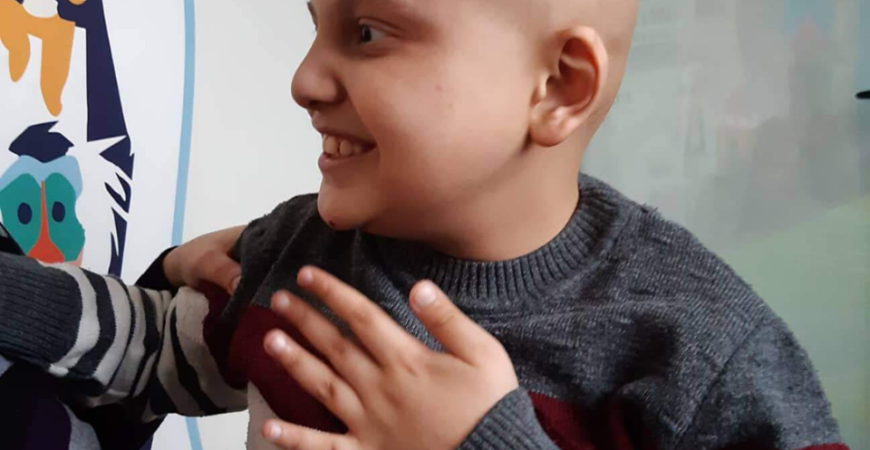 100%
Ayvazyan Gurgen is 8 years old. The boy was born with autism.
Despite household and financial problems, his mother did everything that was possible to make sure that her child is in good and professional hands. Unfortunately, difficulties did not end there. Child was diagnosed with cancer and Ewing’s sarcoma. In the fall of 2018, The Professor R. Yeolyan Center of Pediatric Oncology and Hematology of Armenia gave the boy a chemotherapy course. After that, Gurgen had surgery. Now, he is receiving postoperative chemotherapy. After completion of the treatment, he will be provided with speech therapist, occupational therapist and psychologist services free of charge, but the boy and his mother needed help right in the hospital during the treatment process.
There are situations when it is almost impossible to solve problems with your own resources. The situation of Ayvazyan’s family is one of those situations. Due to Gurgen’s disease, his mother had to leave her work and stay with her son in Yerevan in a rented apartment during the breaks between chemotherapies.The father of the family and his youngest son remained in the village of Aknaberd in the Shahumyan province. At that time, he was temporarily not working, since there was no one to look after Gurgen’s brother. At the same time, the family rented a house for 2,800,000 AMD with an obligation to pay 100,000 AMD monthly.
In order to extend the rent, transportation costs and food, Gurgen’s mother had to take out a quick loan (294,000 AMD) at Varks.am at high rates of interest. One part of the costs was paid, but 234,000 AMD still remained to be paid. It was not possible to pay off the loan on time due to everyday expenses until the day when Gurgen received the last chemotherapy. To extend the loan, Gurgen’s mother was forced to pay 22,000 AMD every 14 days. Now the father of the family is working in Russia, with his salary he pays for the house and partially repays the loan. It is obvious that there is a vicious circle, from which this family with a child diagnosed with cancer needs to get out.
Aim of the project
To repay family’s loan and give them an opportunity to return home to Stepanakert.